An as-broadcast script is a document for a program that has already been transmitted or broadcast either for film, television, or radio. It’s a script created to match the edited version of the program, sometimes required for legal, translation, or dubbing purposes.

A large part of the post-production transcription process is the creation and delivery of as-broadcast scripts. These scripts can be used to create subtitles, closed captions, and translations or part of finalizing international distribution.

As-broadcast scripts are produced as an exact paper copy of your finished locked cut. Most networks require an as-broadcast script and our professionals are experts at creating these post production transcriptions.

Some of the details included are:

Daily Transcription offers two formats of as-broadcast scripts to choose from in our transcription services: 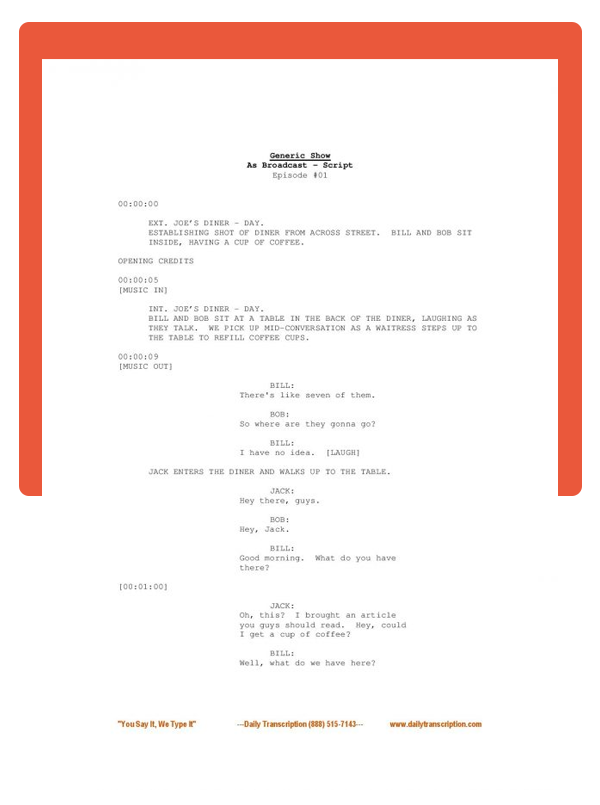 Typically for scripted television, it is used in the final deliverables to a network or studio. It is also commonly used in creating a CCSL (Combined Continuity Spotting List). 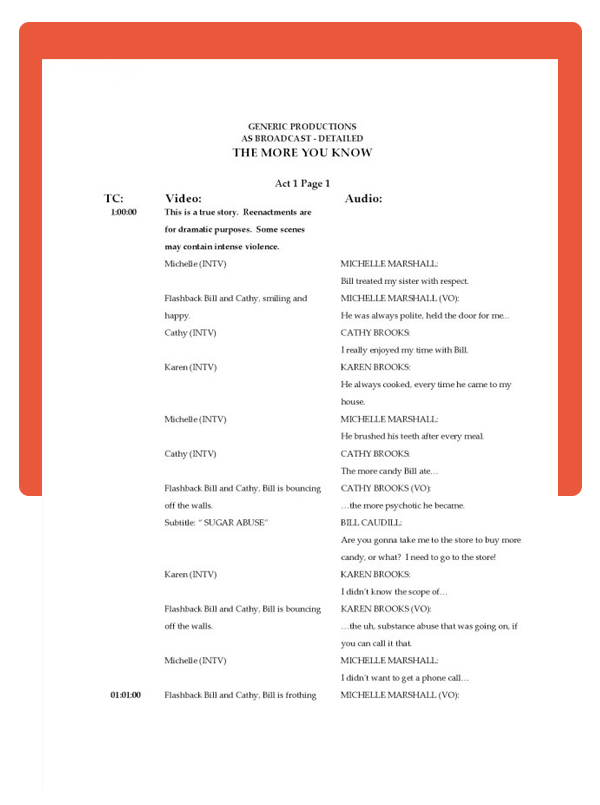 Frequently used for non-scripted shows, this uses a three column format. Indicators include screen text, time code, scene description, and dialogue that are typically used for documentaries and reality television.

*Annotations are not included but can be quoted as needed

REQUEST A QUOTE
Go to Top